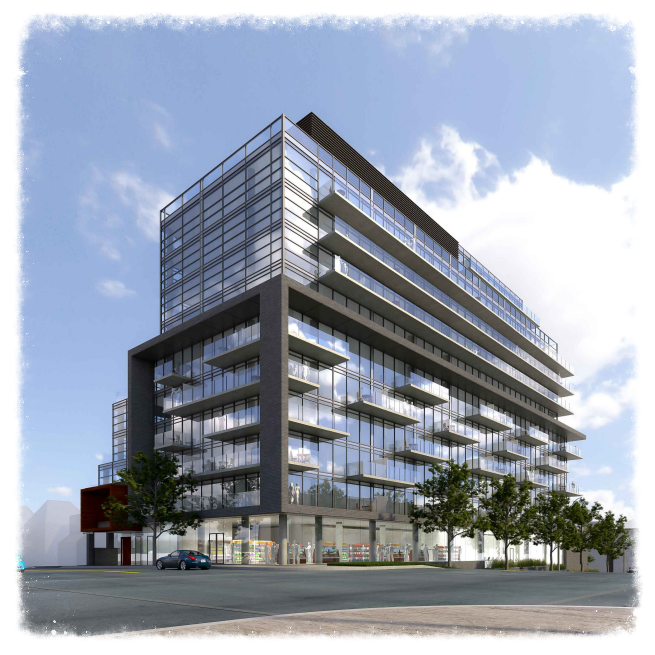 Please Register Below To Receive Brochure, Price List & Floor Plans. By registering below, you consent to your name being added to a mailing list for promotional materials such as receiving GTA-HOMES.COM’s newsletter containing information, updates, promotions and Platinum Access Events on all upcoming projects. We do not share your personal information with third parties. You can withdraw your consent at anytime.

Bathurst & Glencairn Condominiums is a new mid-rise residential condominium development by Greatwise Developments Corporation with retail at grade currently in pre-construction at the southeast corner of Bathurst Street and Glencairn Avenue in Toronto, Ontario.  It is located at 491 Glencairn Avenue and 278, 280 and 282 Strathallan Wood and consists of a proposed 10 storey building with 150 residential units designed by CORE Architects.

Bathurst & Glencairn Condos is situated just north of the Forest Hill neighbourhood.  This prestigious community is one of Toronto's wealthiest areas along with York Mills, Rosedale, Bridle Path and Lawrence Park.  Schools here such as Bishop Stachan School for girls and the Upper Canada College for boys are considered one of the best in the county.   Forest Hill is "Toronto's prettier districts" and includes "gently sloping hills, winding roads, and numerous little parkettes all adding charm to the neighbourhood".

The Bathurst and Glencairn Condos is located south of Highway 401 and east of the Allen Road.  The upscale Yorkdale Shopping Centre is located approximately four kilometres away.  This is where you can find premium brands such as Louis Vuitton, Gucci, Burberry, Jimmy Choo, Michael Kors, BVLGARI, Cartier, Lacoste, Tiffany & Co. and Versace.

The Downsview Park which is "Canada's first urban national park", the Downsview Airport and York University is situated to the north of the Yorkdale Shopping Mall.  There are schools, parks, shops and restaurants nearby with the Rosedale Golf Club less than five kilometres away.  There is accessible public transportation and the Glencairn TTC Subway station is just over a kilometre away.

Register with us today for your Platinum VIP Access to the Bathurst and Glencairn Condos by Greatwise Developments!